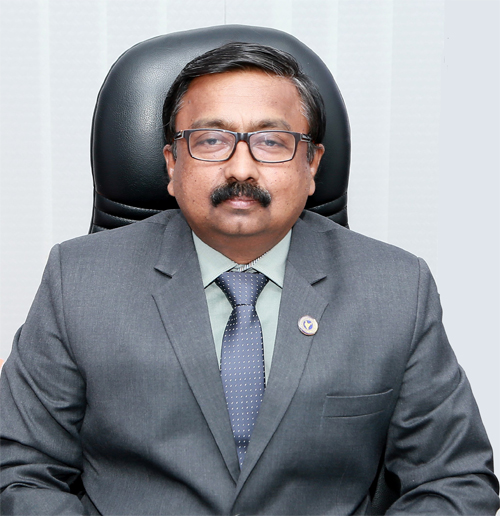 It is my proud privilege to head The New India Assurance Company Limited, Oman operations and also have immense pleasure and happiness to take the reins of team “New India” in the Sultanate of Oman. As you all are aware that the deep rooted and centuries old relationship between the Sultanate of Oman and India is historical and “New India” is proud and privileged to be an integral part of this nation’s economic and social development since 1974. New India Assurance was the first foreign insurance company from India to enter the Sultanate in 1974 and has offices in almost all Gulf Cooperation Council countries. The name of New India itself is the ‘Most preferred and trusted Brand’ of General Insurance in the Sultanate of Oman and also has become a household name which attained a brand equity among the insuring public of the Sultanate with product diversity and great financial strength. The New India Assurance is committed to focus on underwriting policies with zero defect and also able to settle the claims and customer grievances as fast as possible. The New India Assurance is the ‘Employer of Choice’ – known for its energetic, vibrant and motivated work force. New India Assurance is in the forefront in devising innovative and cost efficient products to cater to the insurance needs of the people of the Sultanate and expatriates. All the products of the Company have been wholeheartedly accepted in the market, which has contributed, the Company achieving the premier position among the foreign insurance companies operating in the Sultanate. The Company could maintain high efficiency in the delivery of services, with the backing of dedicated staff members. New India Assurance, Oman is in the forefront of offering and devising unique insurance products and services. For about four decades of operation in Oman, ‘New India’ has carved out a reputation of not only being customer friendly, but also for being trustworthy and stable in all aspects.

The company has been aggressively expanding its network in Oman. ‘It has always been one of the key objectives of New India Oman to widen its operations in the Sultanate of Oman, and empower and involve Omani Nationals by providing them with adequate training in insurance knowledge and services.

As a leader in general insurance, the New India Assurance is truly global in nature with its worldwide operations in 28 countries. The 100 year old company is one of the largest and financially strong non-life global insurance companies and is a pioneer among Indian insurance companies on several counts – to say, insuring the first domestic airline to satellite insurance. ‘New India’ is the undisputed market leader in India for over 44 years with a Global Premium of Rial Omani 1,557 Million, the Net Worth including fair value was RO 2,112 Million, Total Assets of RO 3,837 Million and the Solvency Ratio is 2.13  during the financial year 2018 -19. ‘New India’ has been rated “A” (Excellent) by A.M. Best Co., USA for the last fifteen consecutive years in succession, based on superior capital position, excellent liquidity, strong operating performance and highest solvency margin. New India has become the first insurance company in India to secure the highest financial strength rating ‘AAA’ from Credit Rating Information Services of India Ltd (CRISIL). The rating reflects the highest financial strength of the company to meet policy holder’s obligations. ‘New India’ is also member of the Association of British Insurance (ABI), London Insurance and Re-insurance Market Association (LRMA) and the Institute of London Underwriters (ILU).

The New India Assurance Company Limited, Oman operations has received the glorious reward by winning the Best Non-Life Insurer Oman – 2013 award from World Finance, a UK based agency for rating finance and insurance sector establishments. New India-Oman’s growth, since its entry in 1974, has been steady. For the last several years the company has enjoyed enormous support from its valued clients. The reputation of being one of the most customer friendly insurance company in Oman has put ‘New India’ with an additional responsibility to serve the Oman market in their insurance needs with ever improving customer satisfaction.

For the growth and good performance of New India Assurance in the sultanate, the Company is greatly indebted to His Majesty Sultan Bin Qaboos Bin Said and the people of the sultanate

With Best Wishes and kind regards to all.